Hi, I’m mandlebro and during the summer I worked on the GSOC project “Debugging and Emulation Support for Cutter”. The goal of this GSOC project was to integrate radare2’s debugging and emulation capabilities in Cutter.

You can check all my commits in the following links:

During the duration of the project I both worked in radare2 and Cutter. On radare2 side I provided a json interface to existing r2 commands so that they could be well parsed on Cutter side as well as worked on some ESIL features. Here are some of the main implemented features: 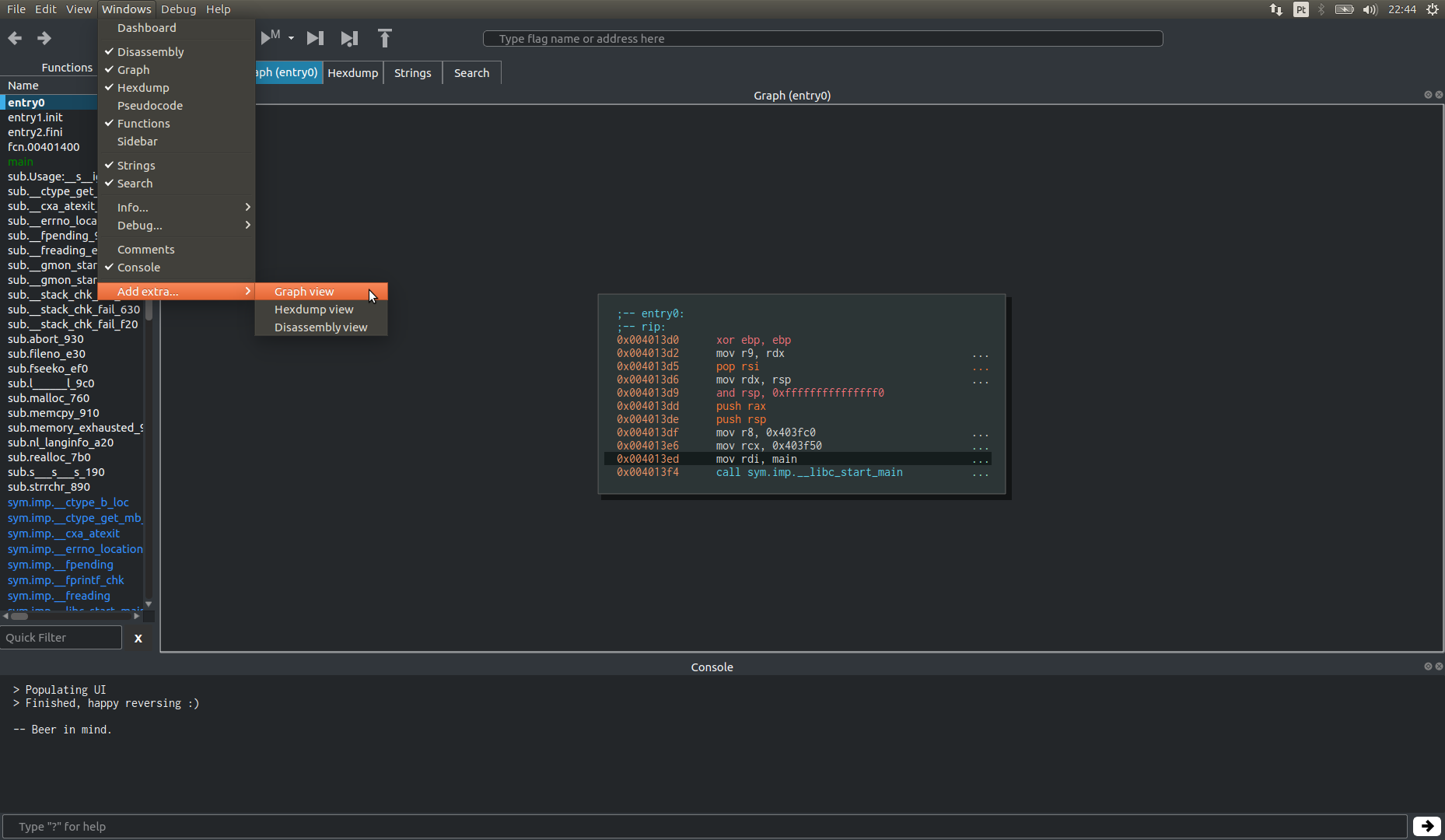 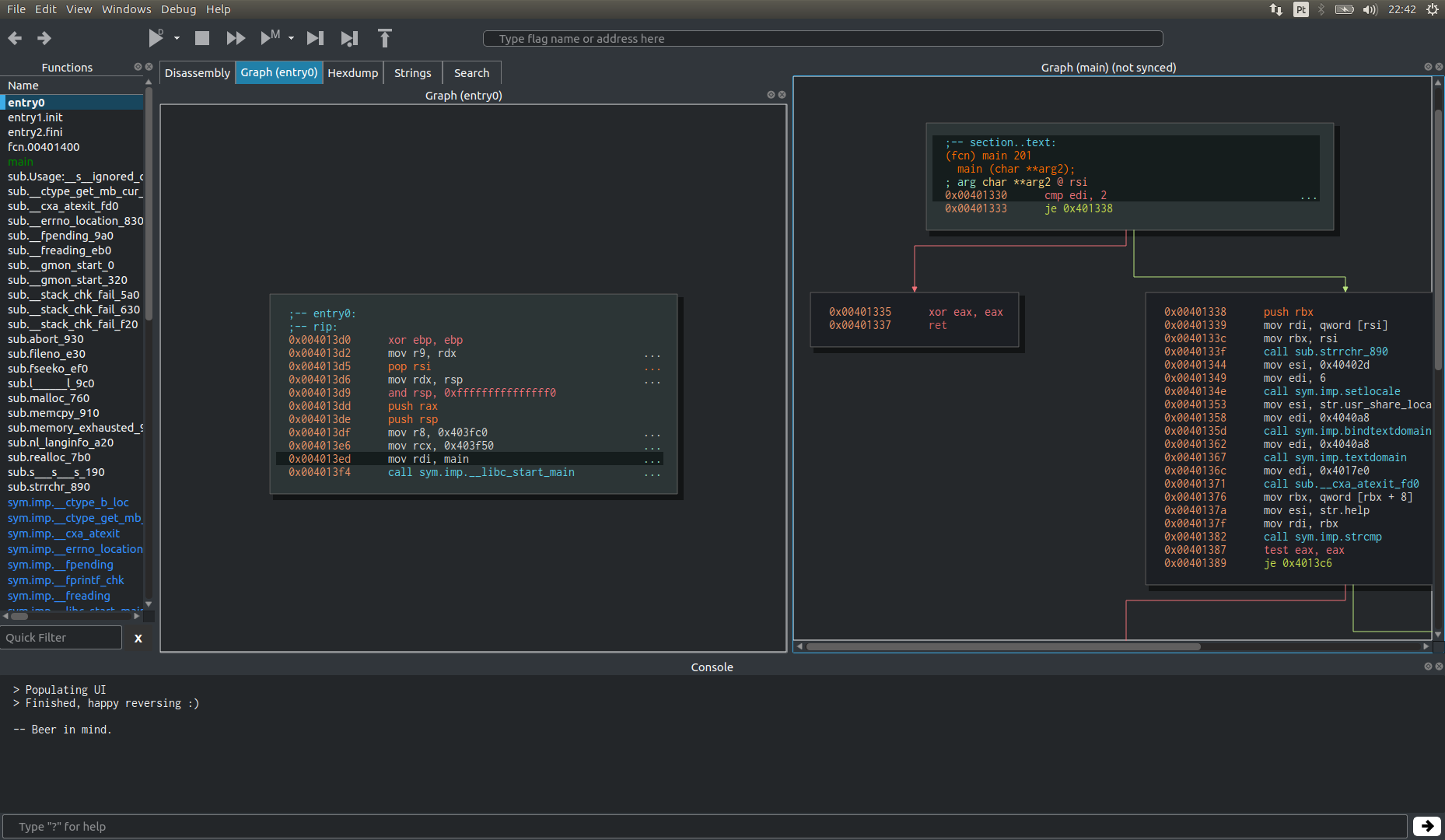 There are several ways to interact with the debugging/emulation engine running: 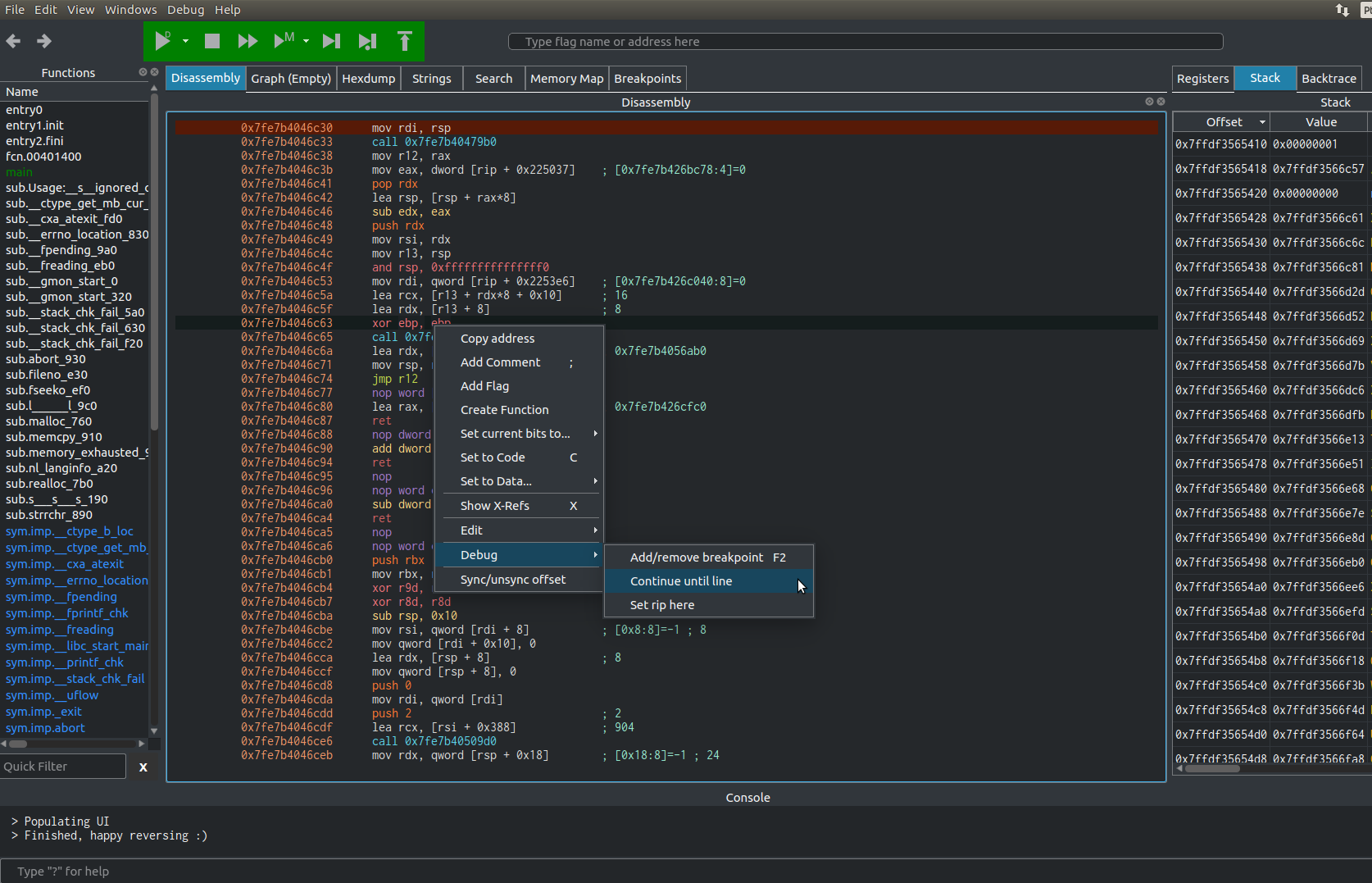 Currently the following widgets related to debugging are available:

In the last leg of the project I also devoted some time to ESIL and implemented some of interesting features:

Although the debugger and emulation work fine there are still some issues which probably require major work on r2 debugger and were not sucessfully finished. Both issues lie with radare2’s debugger being developed to be used from the single threaded process which is radare2, and not a multiple threaded GUI like Cutter.

Specifically, the problem lies in the interface with the debugee program, ptrace. Although it is a very powerful interface to another process, allowing to access registers, read and write the program memory, etc., this all must be done from the same tracer thread.

I would like to sincerely thank xarkes, Florian and Maijin for the support during the project!