Hello all, I’m deepakchethan from India. I got to work on the console interface improvements for radare2 as a part of 2019’s edition of Radare Summer of Code. My main task was to improve the terminal interface of radare2. As a part of which I was tasked with completing 6 main tasks. I was unable to complete the table API myself, gladly pancake helped me with implementing the Table engine, while I worked on the integration and various improvements of it. I learned a lot in the 3 months and am very grateful to my mentors Pancake and XVilka for being flexible and supportive in all aspects of the program.

Radare2 already had vim-like autocompletion in the visual offset prompt. My job was to generalize it and integrate it with the RCons. This feature can be enabled by setting scr.prompt.popup. It is still a little buggy but the result is as follows: 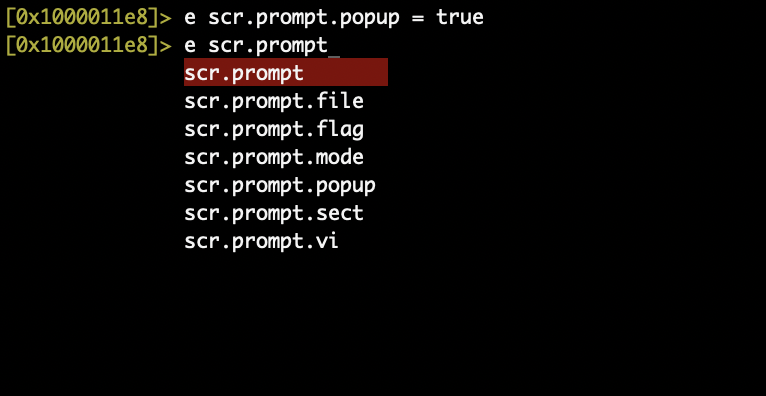 Autocompletion was not supported for k and other mount based commands. I was tasked to add them. I also integrated dietline into mount shell (ms) and HUD mode. 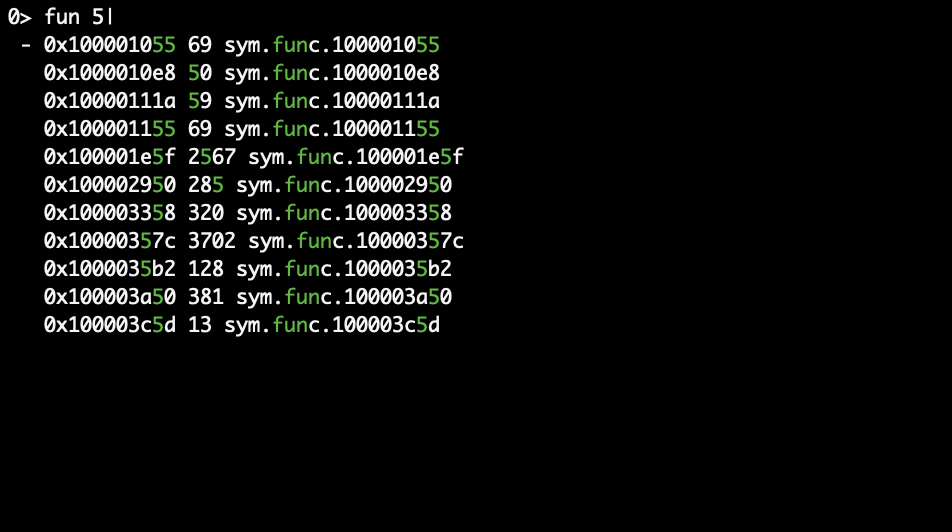 I added the missing emacs hotkeys and added vi modes, which can be enabled by setting scr.prompt.vi to true. As a bonus if you set scr.prompt.mode to true, the color of the prompt changes based on the vi mode (control/insert). See the exact list of the hotkeys in Dietline Radare2 book chapter.

I also added support for some bash commands like uniq, sort, join, etc.,

My next task was to add support for ASCII/Unicode graphs for radiff2. But I noticed that the agd-based diff commands were not implemented in radare2. So I began with that, once it was complete, exporting them to radiff2 was relatively simple. Now, radiff2 supports all these graph outputs:

The generated ASCII diff graph between true and false: 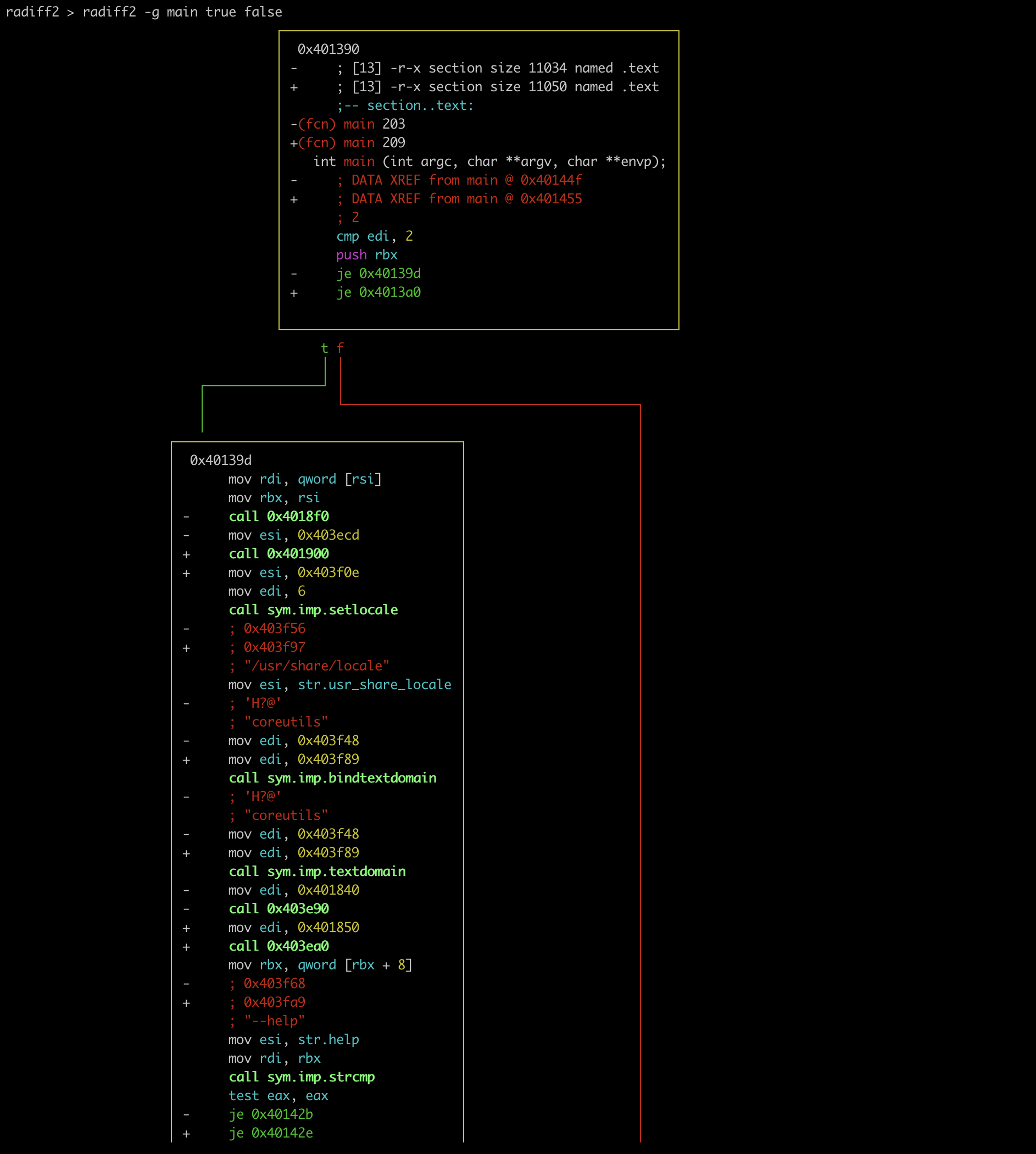 All the reflines in disasm were of the same kind, which was a bit confusing. So I added different colors for up and down going reflines. The new look: 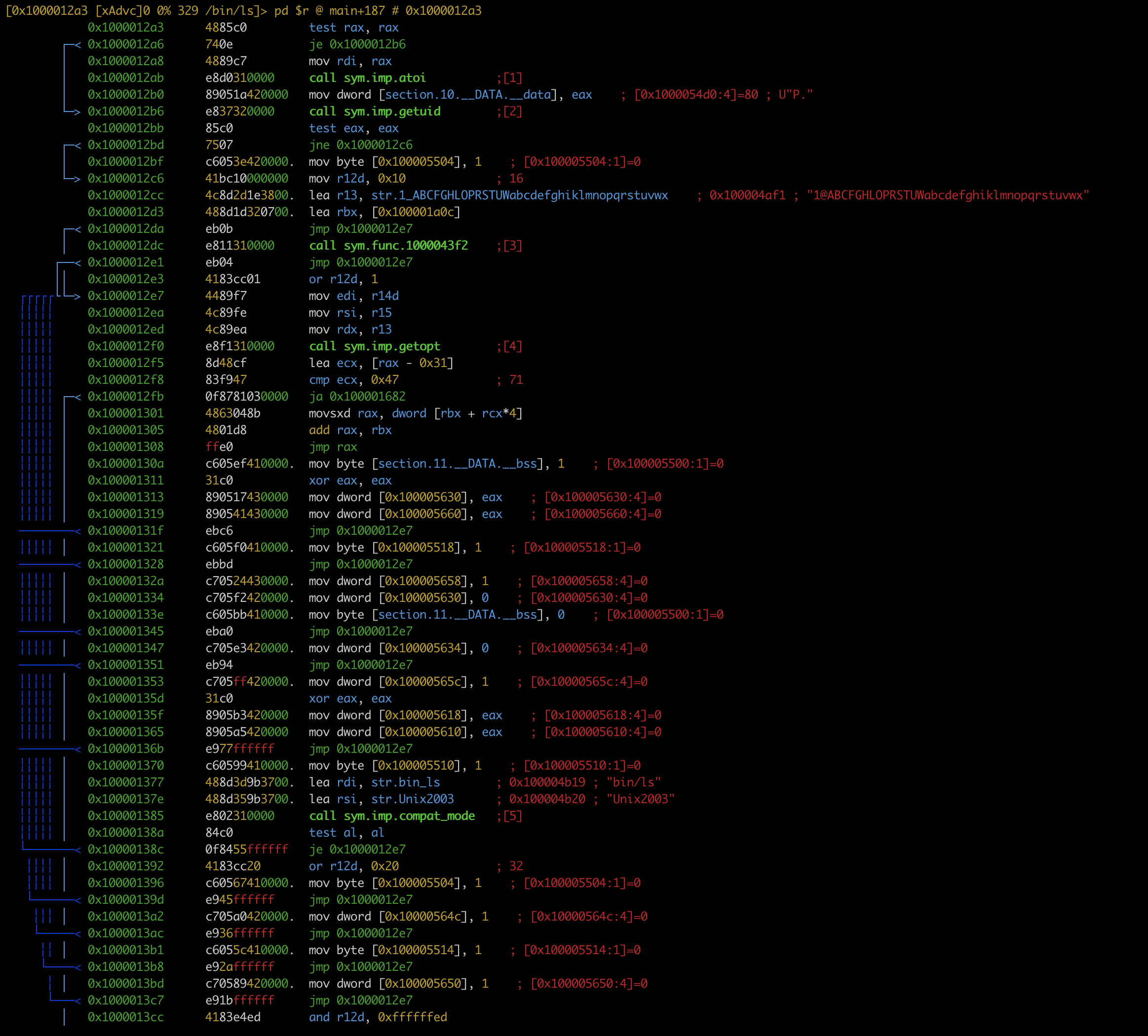 I also added UTF8 support for line graph commands like p= and p==. 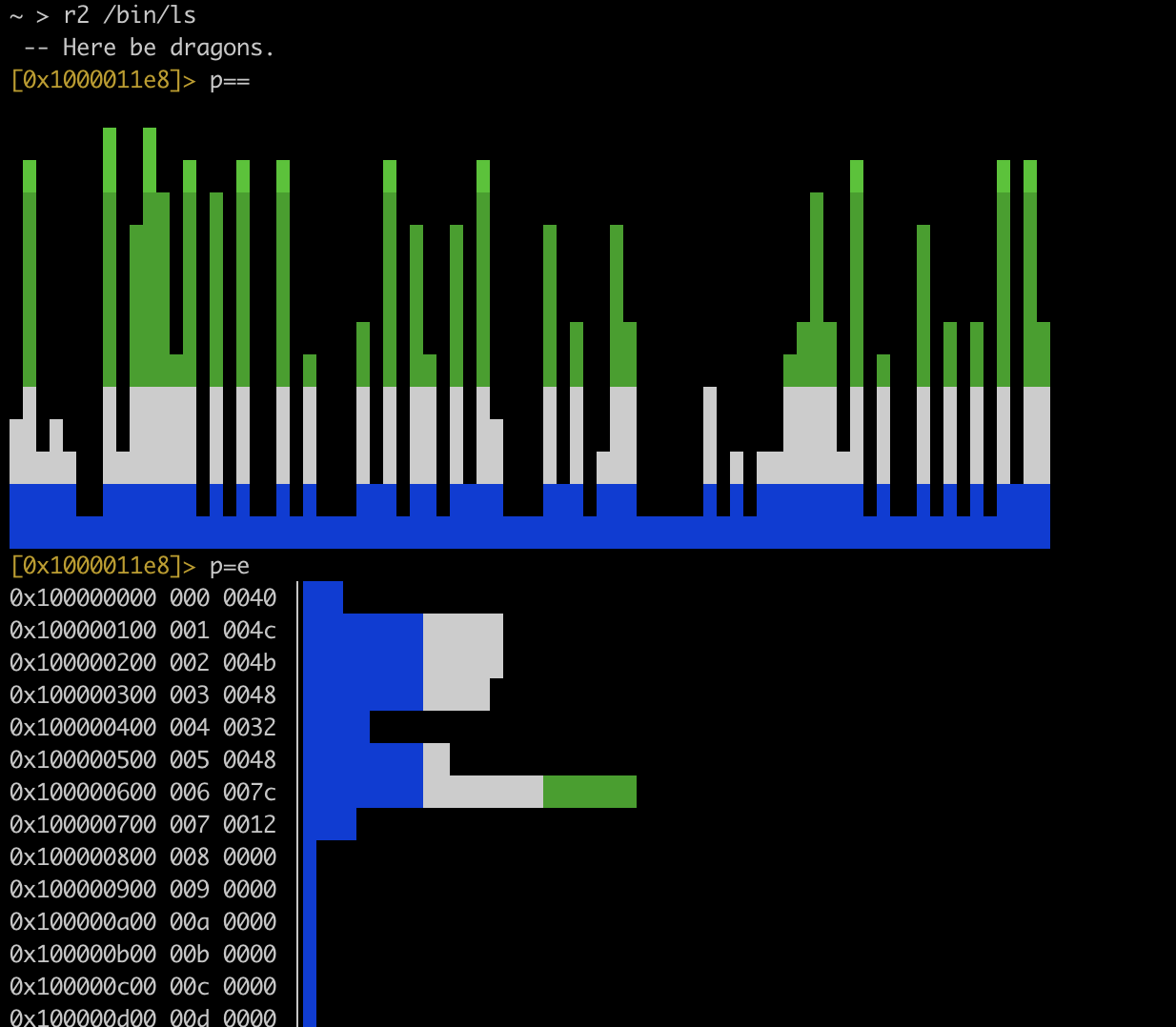 Task 5: Implement table commands and API (like it is done for graphs) 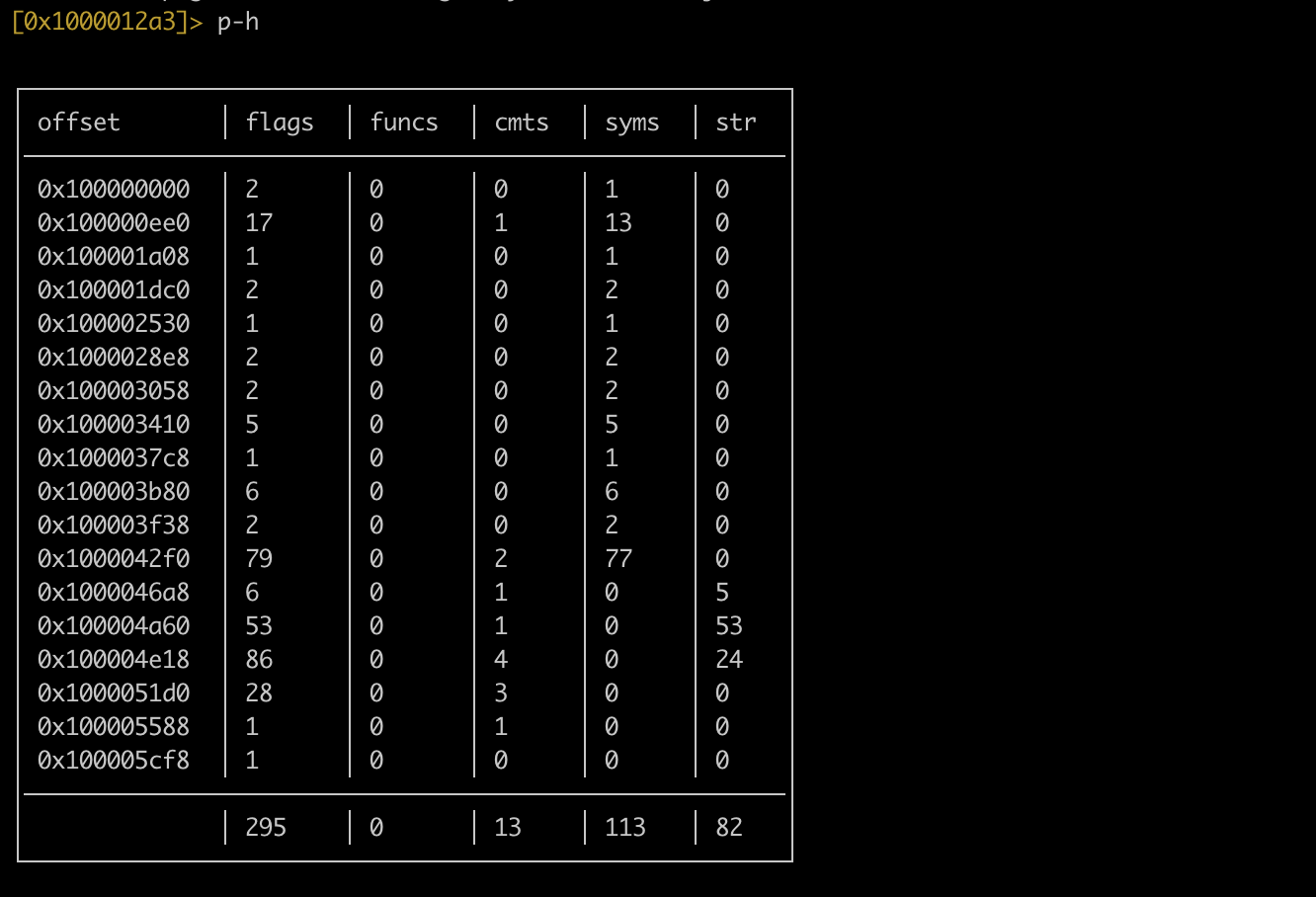 I fixed quite a bunch of bugs and all of these can be found here.