New analysis round is added for argument detection. It is architecture independent and supposed to capture all arguments and variables then auto rename them. This analysis round is built on top of ESIL. It will detect all the base pointer + num and store them as arguments and base pointer - num and store them as variable. The stack pointer + num will always be stored as argument whether it is argument or variable. Identifying whether stack pointer + offset is argument or variable is still work in progress. The analysis on the left is the one generated using the new aa command, while the one on the right is an old instance of the same aa.

Radare2 also supports renaming declared variable/arguments this can be done using the command afXn, where X can be:

The most important thing to know is how to use this analysis round. Fortunately it is embedded in the aa command, so for general purpose uses you won’t need to do anything extra, but there will be a scenario where you define new function at some place where no function existed before. In that case you can enforce this analysis round for the newly created function using afCa. It will analyze function located at the current offset and set variables /arguments accordingly.

This is a little example on how to use the new set of commands ;). 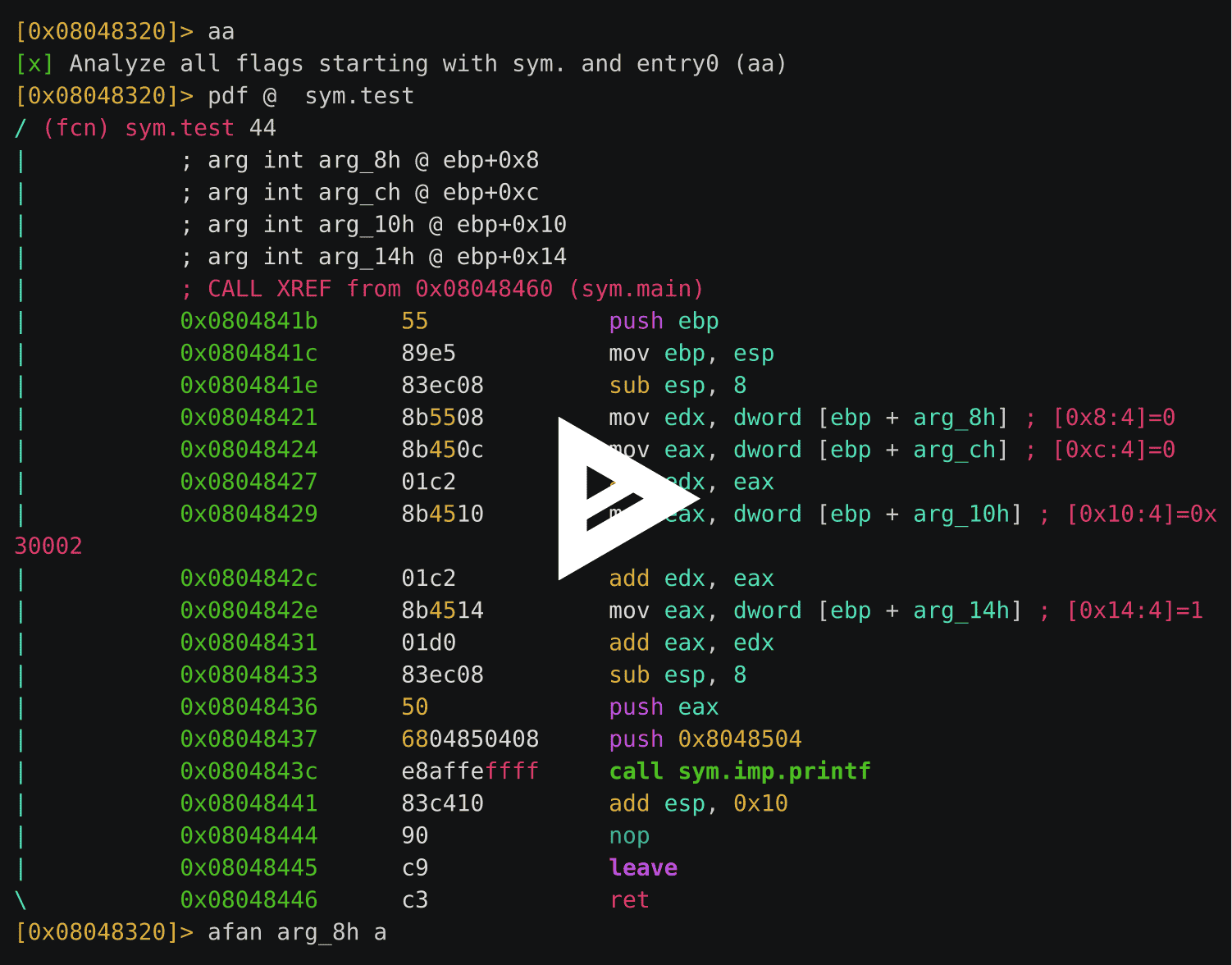