Almost one month since our last article, time flees. This article is an interview of a new contributor, that greatly enhanced one of the most visually impressive feature of radare2, the one that our propaganda department contributors loves to show at conferences!

Just joking, I still use IDA, but I’d really love to switch in the future, when r2 will be good enough. I am a Computer Science student, I like security related stuff, RE, malwares and… CTFs!

Instead r2 works almost everywhere, I just need my terminal. It’s free, it’s cool and it can be a good enough tool to work with binaries from some CTF.

So, let’s try it, but… wait, there’s only plain disassembly here, where is my graph?? Ok, VV and, well, I’ve found what I wanted to improve ;)

Let’s say I have a background in programming/maths. As I mentioned, I’m a Computer Science student.

I think it’s one of the fundamental feature a disassembler should have. It makes you understand at a glance what’s going on in a program and many times it’s the only thing I need from IDA.

I’ve just finished implementing an algorithm to have a better layout for the nodes of the ASCII-Art graph, so that you won’t have anymore (at least, you shouldn’t) overlapping nodes or nodes placed in really wrong positions. Don’t expect IDA’s graph, but it’s already something ;)

Since, at the moment, you can only see one function in the ASCII-Art graph, currently I’m implementing a way to move between called functions and go back and forth between them, without having to leave the graph mode. Something like what you get in Visual Mode with [0-9] shortcuts (#2907).

For the colours in graph, I think you will have to wait a little bit. In the meantime, if you feel brave you can start to use ‘VV!’, but don’t say I didn’t warn you.

Of course I will continue contributing to r2, in my spare time! I’m planning to focus on graph, as I’ve done lately. In particular I think you will see:

What? GUI? Pff, we just have the terminal :)

Really, I’d really like to see a cool GUI for r2, but don’t count on me.

Contributors, just focus on something you’d like to be present in r2 and implement it, maintain it and add tests!!

Users, keep using IDA, unless you want to take the red pill and see how deep the rabbit-hole goes ;) 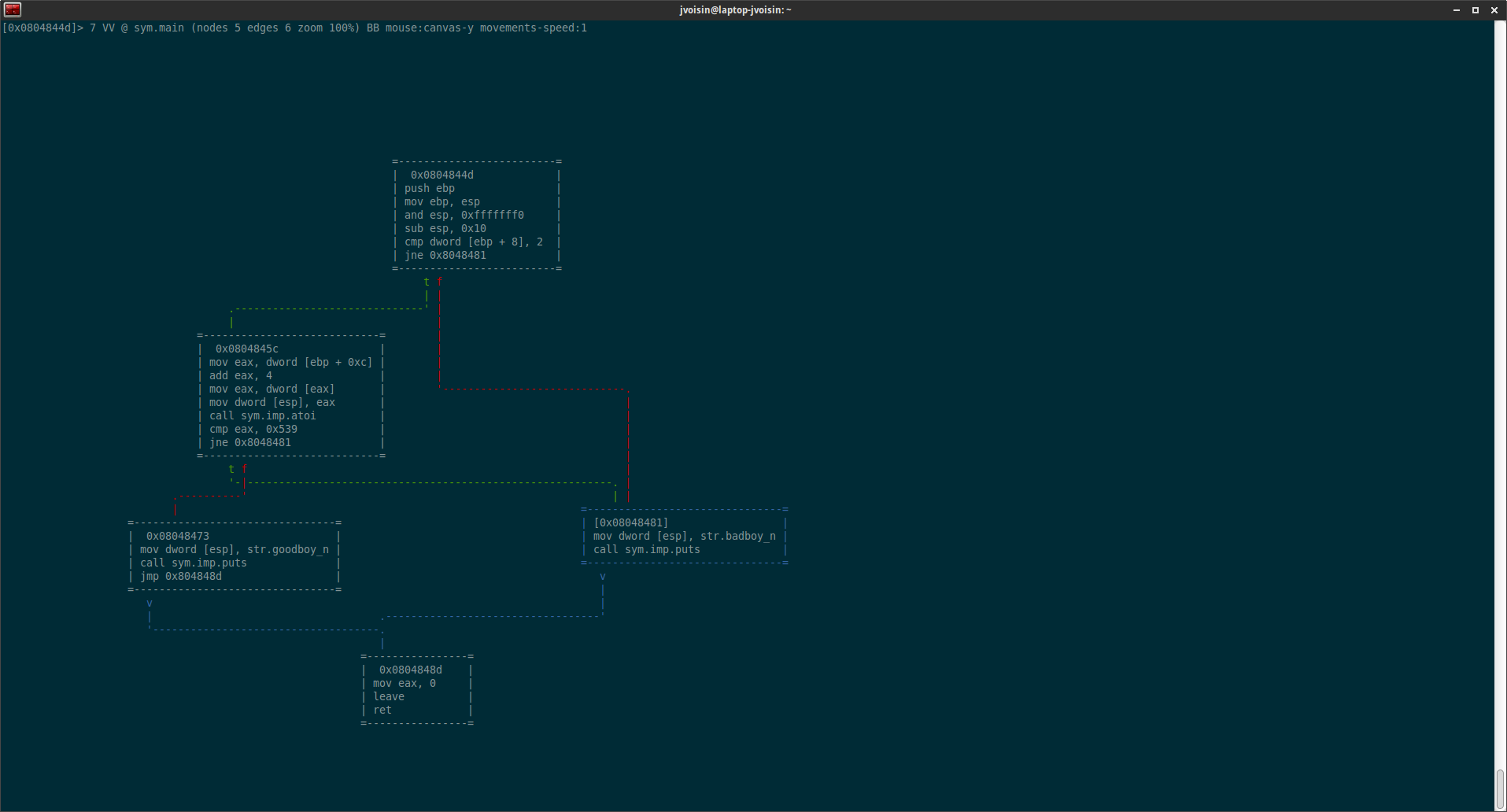 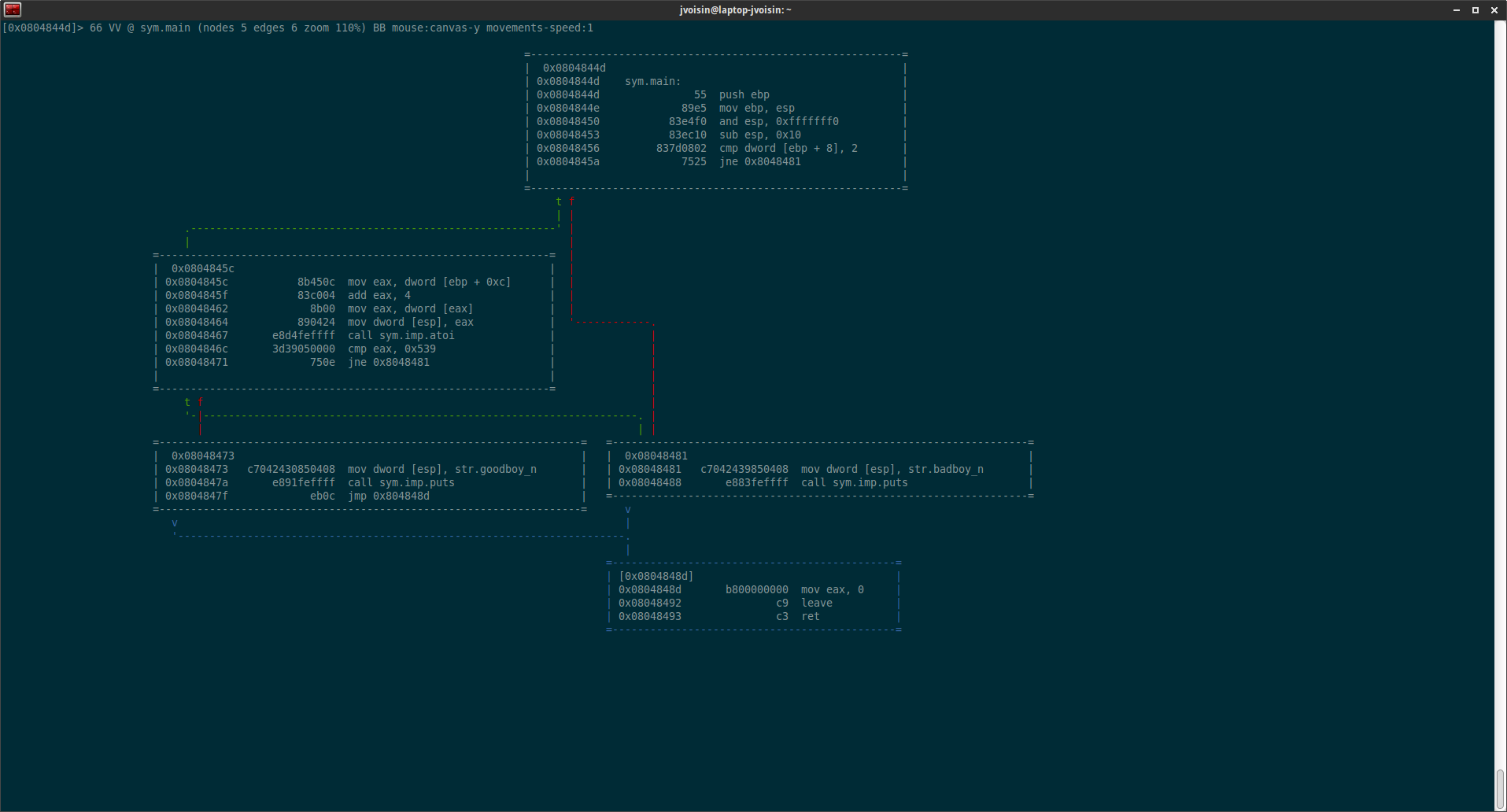 Disassembly in graph, without colours (yet)